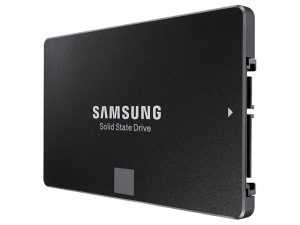 The Samsung SSD 850 Pro is the new flagship consumer SSD by Samsung and is a follow up of the wildly popular 840 Pro, which, as we all know, was one of the best SSDs concerning the performance that you could buy back when it launched in September 2012.

The Samsung SSD 850 Pro gives us many reasons to be excited about it. This guy is the first SSD on the market, which uses the new 3D vertical NAND, V NAND, flash memory for top-notch performance, and super high endurance. It also comes with a 10-year warranty. Among other features, it also has a rapid mode that further makes its performance better. Adding more to it, this guy is one of the very first drives you can find in the all-new 2TB capacity.

To talk in general, the SSDs are all faster than regular hard drives in many terms, the performance gaps in between them are minimal to the users.

This new flagship SSD from Samsung is a high-end drive that is specially designed to bring out the best performance; let’s pay tribute to the latest technology coming up.

Samsung is successfully able to install a large number of transistors in the least space possible and allowing users to have a vast and faster capacity at their disposal.

Let’s leave the small change from an orange logo to a red one and look at the 850 Pro’s product packaging and the metallic shell of the drive that looks the same as the older model. The dimensions it has are quite identical, which include a height of 6.8mm, thus ensuring that it will fit into the smallest of laptops. Also, it has a similar diamond cut fresh edge.

Similarly, this drive is still based on a 2-bit MLC NAND flash memory. However, it is not the way as it seems since Samsung has given it a few boosting enhancements to increase the performance. The MEX controller has also received a 100 MHz jump in the speed now to 400 MHz, but leaving it all behind is the new headline feature which is 3D V NAND flash memory which is the latest proprietary 3D technology introduced by Samsung where the memory chips are layered both vertically and horizontally.

With the decrease in the size of the flash memory cells, the SSD makers are facing the same problems the semiconductor industry is facing. The cells are now microscopic, brought down to the size of about 1 nm.

It’s probably the entire industry will eventually adopt 3D flash, but Samsung has clearly left all the competitors on the market with a working product in hand. This vertical approach evidently shows that Samsung controls every inch of its products, thus making it easier for the firm to introduce performance-boosting enhancements and custom technologies.

Samsung 850 Pro performance is not just hype; it is actually the best in the market.

According to the userbenchmarking.com website, it is the fastest Solid-State Disk they have ever seen to date, and believe me, impressing that site this much into admitting that 850 Pro is the best means this beast is for real. This is a result of tests conducted at more than 33000 individual user machines. Also, 850 Pro outranks 850 Evo by 10% in Peak Lab Bench tests. Your investment in this SSD is going to guarantee an improvement in speed and energy consumption.

This was all about the Samsung SSD 850 Drive; we hope that you found our article informative and in your best interest. These days there are many drives out there which is why selection becomes severe, this product is one of the best ones in the market, and we recommend it. Let us know if you have any queries; we would be more than glad to help. Until next time, Peace out!